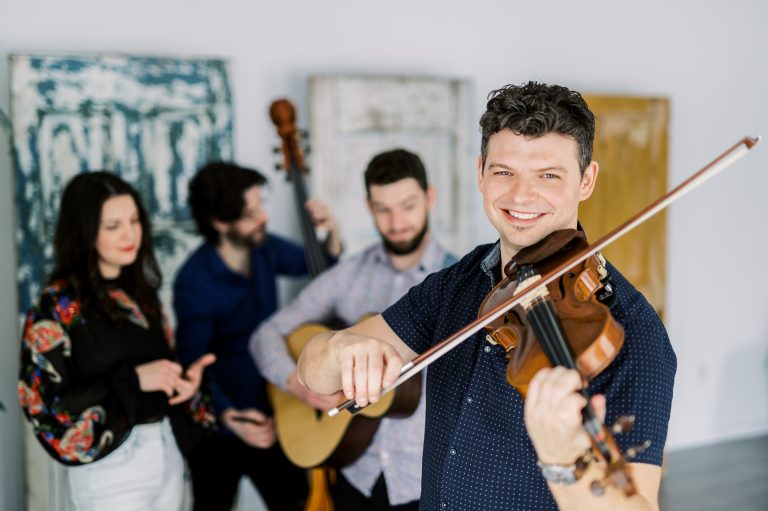 A Canadian and US National fiddle champion, Shane Cook leads a joyous and diverse musical journey through fresh, original fiddle tunes and songs on Be Here for a While, the debut album from his band, Shane Cook & The Woodchippers. The band and album are 2022 Canadian Folk Music Award nominees for Instrumental Group of the Year and Traditional Album of the Year.

Shane Cook & The Woodchippers rely on their deep foundation in the traditional music, song and dance of Ontario for the core of their sound. Yet, their superbly crafted compositions and arrangements sound modern and exhilarating as they draw on styles as broad as Celtic, folk, bluegrass and swing.