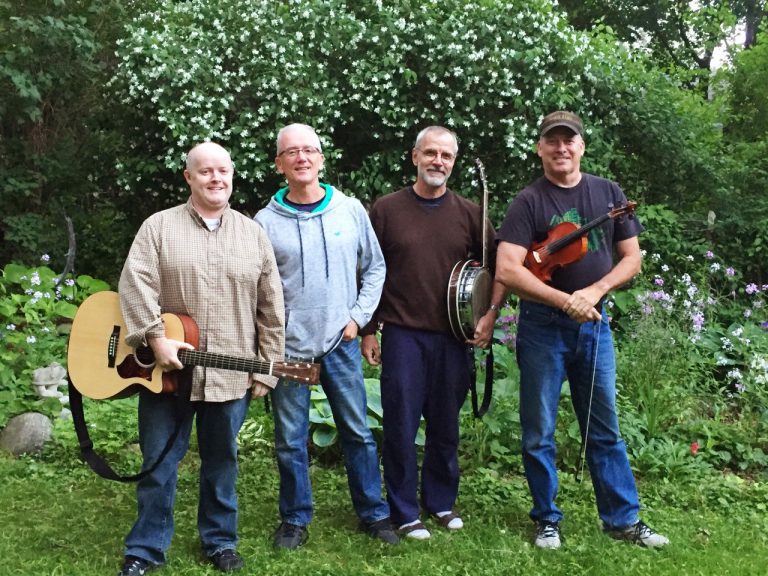 The band takes its name from a traditional Irish potato pancake but unlike their namesake their performance is anything but flat. The band members are Gerry Larkin on whistle, harmonica and vocals, John Linehan on guitar and vocal, Don Fletcher on fiddle and Don McVeigh on banjo. John and Gerry are from Ireland, the two Dons are locals. The group first met as participants in the long running Irish session at Daniel O’Connell’s pub in Ottawa shortly after the end of the last ice age.