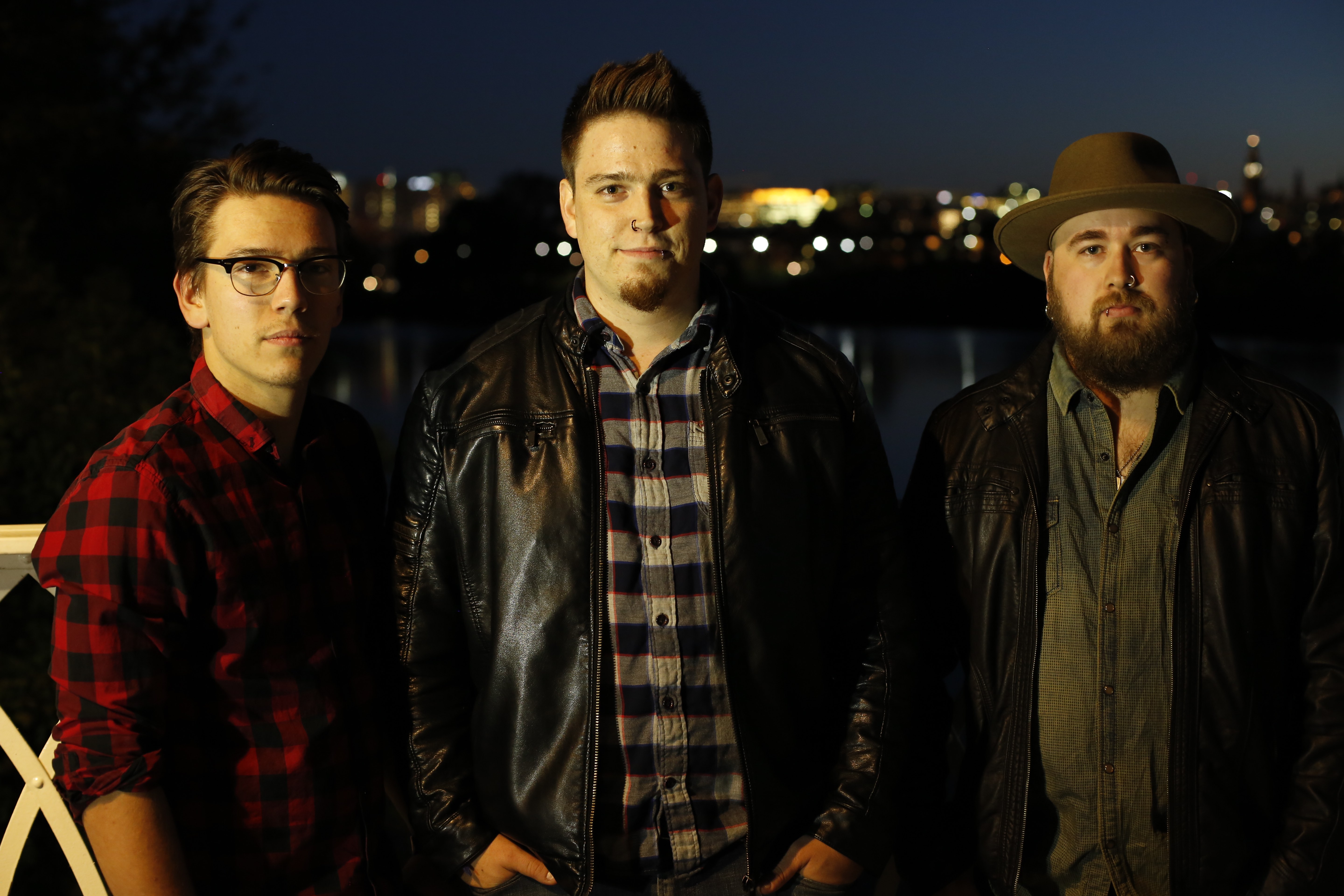 The Rats d’Swompe are proud French Canadians with a shared passion for traditional violin, songs everyone can join in with and the music of yesteryear.  As bass guitarist Martin Rocheleau declares, ‘We are trying to recreate the kitchen parties of our great-grandparents.’  Based in Ottawa, Les Rats are one of the few groups committed to the Franco-Ontarian folk tradition.  They launched their first album, the acoustic Legend of Jos Grandbois, in 2016, following it up with Vivre en Ville in 2018. Martin, fiddler Patrick Pharand and guitarist Yan Leduc have developed their own fresh style which has been described as ‘festive trad-rock, and expanded their repertoire to include original compositions.  Electric guitar, drums, banjo and mandolin have been added to their stage performances, which are infused with a wild energy.  Be warned: it might be contagious!